One of the type of objects that is indicated by the tracker as not compatible with HTML output are rollovers: rollover caption, rollover image, rollover slidelet, rollover shape. However if you ignore that warning for a non-responsive project, the rolloverrs will work fine when used with a mouse on a desktop or laptop screen (with the exception or the slidelet, which you should avoid at all times). Its functionality will not work on a mobile device, even not when using a stylus. But the 'mouse' users have that functionality.

However when you create a responsive project using Fluid Boxes, the options for inserting a rollover are greyed out. There is no way to add them. Is there a workaround to have rollovers for desktop/laptop users? That question appears once in a while in forums or social medai. In this post I will talk about my tentavies to mimick a rollover..

I cannot insert a responsive movie in a blog post. Use this link to have access to it. Try it out on a laptop or desktop screen: roll over the buttons in the left and in the right most Fluid box. You'll see rollovers for the big Blue buttons which do not have a real button functionality. The red buttons on the right are active, a hint message appears when rolling over the buttons. You can click those red buttons. This is a static screenshot of that slide (which appears after the poster image and the first slide): 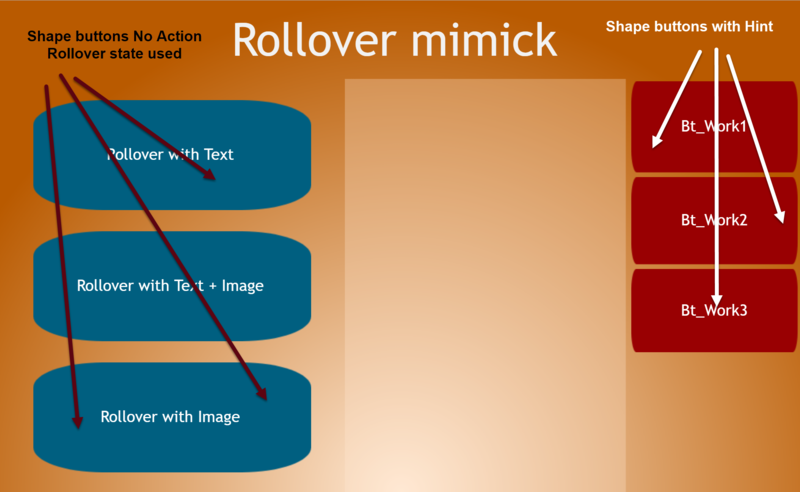 If you try this on a tablet or a smartphone, rollovers will not appear. I tested on iPad and on an Android (HTC) phone.

You did see the Hint messages for the red buttons when hovering over them. If you use a tablet or a phone they will not show up. Those buttons have the InBuilt States 'Rollover' and 'Down', but only the Down state will be visible on those mobile devices. This is the Object state panel for the second button:

For interactive objects it is possible to check the option 'Hint message' in the Actions tab. In all themes included with Captivate those messages are no longer in a caption but in a shape. The hint message appears wh

There are some problems with this solution:

With the blue shape buttons I demonstrated that you can fill the Rollover state with Text (mimicking a rollover caption), with an image (mimicking a Rollover Image) and with both. Here is a screenshot of the second shape button, having an image and text:

The effect is quite nice, provided you use rather big shape buttons as was the case here: 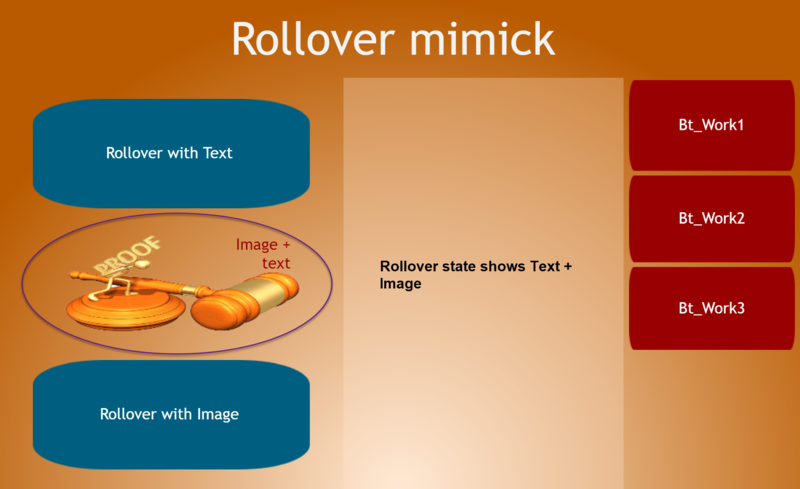 There is a possible problem when using images: they can be distorted if the option 'Maintain Aspect ratio' is unchecked. That was the case in the example, and can lead to distortion: 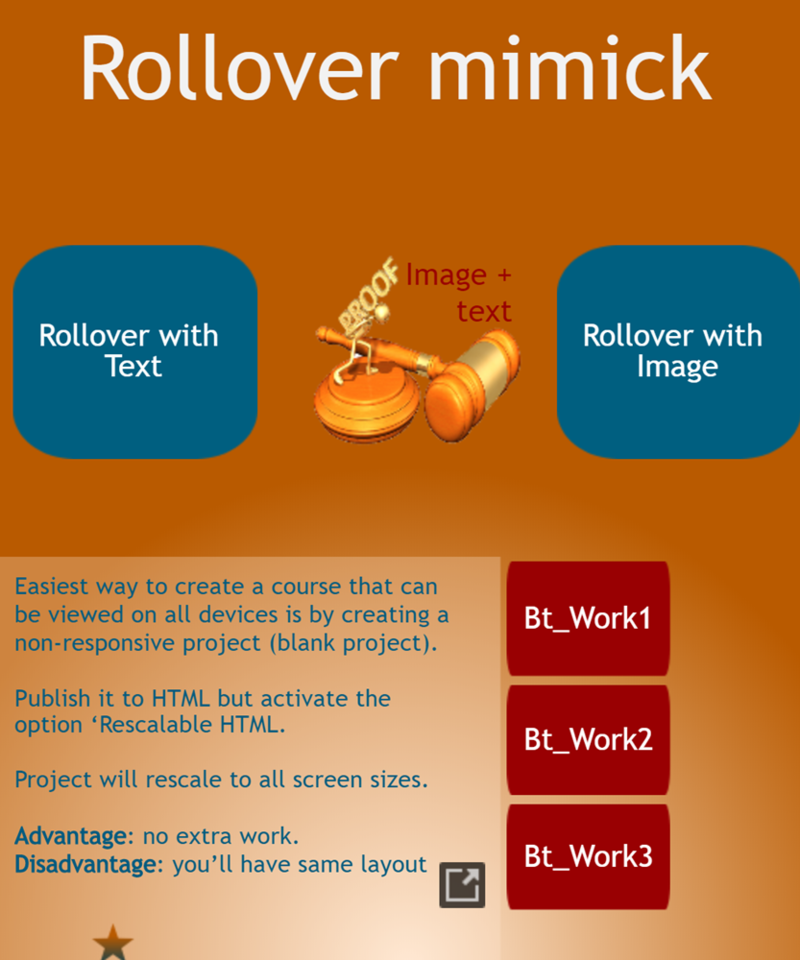 The active red buttons trigger a shared action which will change the state of a shape (showing explanations), add a star to a progress indicator and have it animated. If you have read blog posts written by me, you know that I am a big fan of Shared Actions.