Users of Captivate 9 or later!

You no longer need to use the work flow in this blog post, because this version 9 provides a new check box for Simple actions: if you uncheck 'Continue Playing the Project' the playhead will not be released. 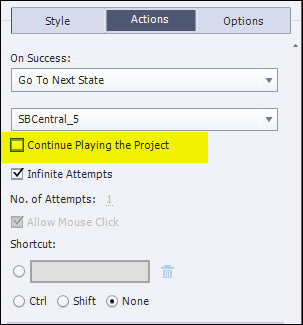 Several times I answered the question: why should I create a standard advanced action to do something that is also possible with a simple action? This is one of the questions I treated in my first webinar (10th of May 2012) about Advanced actions: difference between simple, standard and conditional advanced actions. You can watch the recorded webinar On Demand using the link in the article:

For the demonstrations in that webinar I used Captivate 5.5. Meanwhile I offered another webinar about conditional actions (5th of July) but I think the recording is not yet available. That one was using Captivate 6. However what I explain in this article is valid for versions 5, 5.5 and 6.0.

What do I mean by a 'simple' action, because that is not an official term in Captivate? It is an action defined in the Actions accordion of the Properties panel, either for a slide or for an interactive object, the place where you find the possible events (On Enter/Exit for slides, Success/Failure for objects). Such an action is limited to one statement. 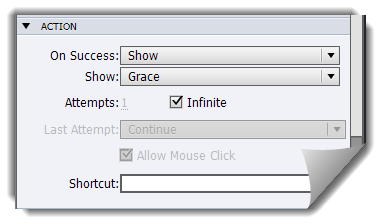 A Standard advanced action can be triggered by the same events but will be defined in the Advanced Actions Dialog box. And you can create such an action with only one statement, seems strange because it takes more time,... but there is a very good reason! 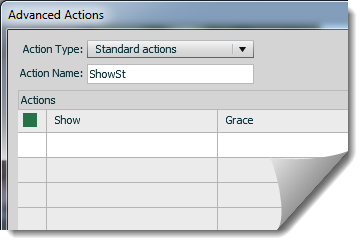 This is not a public secret, but a lot of users are not aware of the fact that even if you have exactly the same statement in both, the behavior is different! In the example of the screenshots both actions are triggered by a button (On Success):

I uploaded a video about this difference to my YouTube channel. It is not possible (too big) to embed the video here, this is only the poster. The link to the video is: 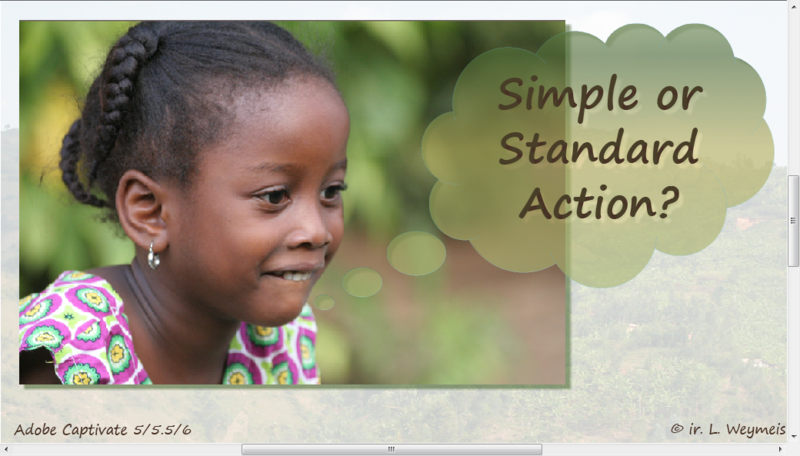