A lot has been published already about the 'big' new features of the release 5.5: publishing to YouTube, gradients, shadows, rotate, Quiz templates. In this post you'll find my list of less obvious new features that are however very useful. And I will also mention what I do not like of course!

I'm sure to discover other functionalities/features to like or to dislike, this is my list with 'first impressions'. Later on I will try to publish a similar list about the eLearning Suite 2.5. For the moment just want to tell that I'm 'captivated' by the roundtripping with Audition, a 'super' audio editing application.

What do you like, dislike in CP5.5? I would love to hear about your first  ideas. 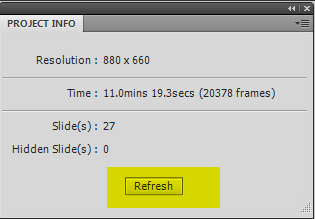