Another post meant as answer to a more complicated question in the Adobe forums. You can find the (long) thread under this link. Title 'Play different audio on slide revisit' is not covering the final required situations. I will explain the end situation in short terms.

The solution is less easy than I thought, hence this blog post.

I created a barebone project for testing, using some slides from the Quick Start Project Safety. Have a look, to understand better what I explained about the request.

The course has 7 slides:

The menu slide should appear in 3 possible states:

Have a look at the Timeline of the menu slide in the Example project:

You see the staggered objects including an entrance effect. Those are the white numbered shape buttons. The meaning of the top most button (SB_Done) will be explained below but you see that it has audio attached (object audio).

Create the user variables shown in this screenshot. The tracking variables (one per chapter) v_1 - v_4 are Booleans, default value =0. The variable v_skip will be populated with the duration of the narration audio clip in seconds. The variable v_audio gets the duration of the final audio clip. As indicated in its description v_buttons is meant for the sum of the tracking variables, which will be calculated whenever the menu slide is revisited. 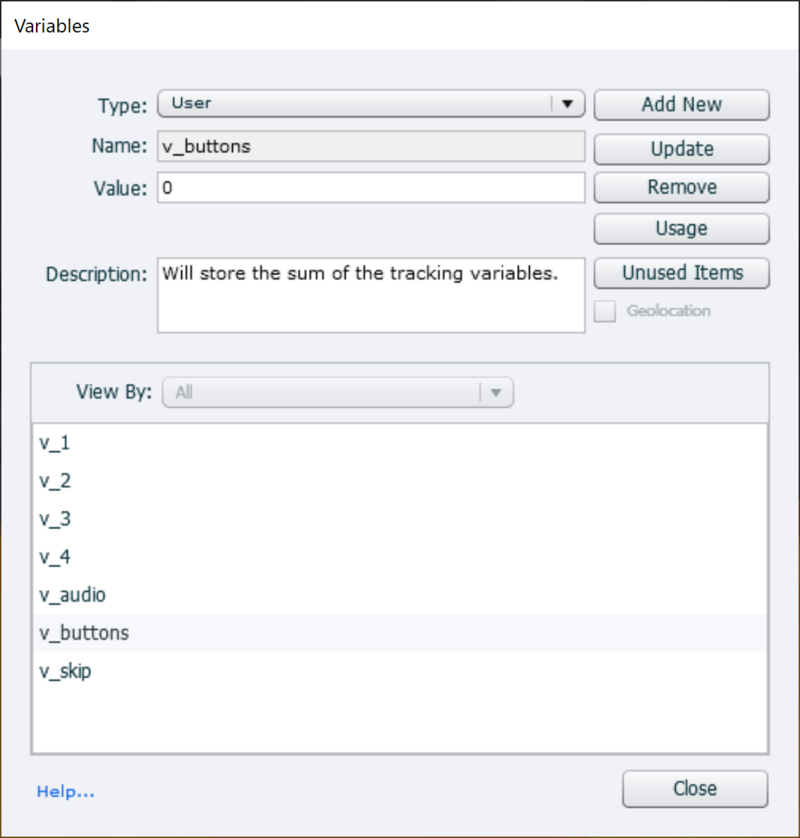 Since it proved to be impossible to use Play Audio for the final audio clip in the project, I opted to use Object Audio. That type of audio plays when the object appears, or is made visible.  The shape button which I use is invisible because both Opacity (fill) and Stroke are set to 0. The eye button in its Properties is marked 'Invisible in Output'. The audio clip is added in the Options tab. The action nor the attempts matter, since the Jump to the last slide will not be done by clicking this invisible button. Have a look at the Style and Options tab in these screenshots: 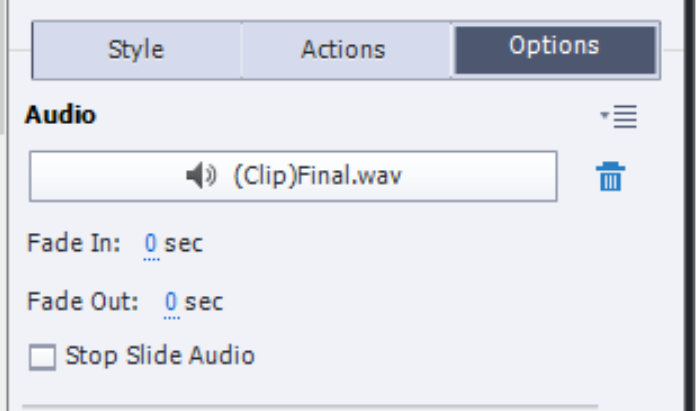 This action is triggered by the success event of the Return buttons at the end of each chapter, it is pretty simple to understand from the Preview screenshot:

This action is triggered by the On Enter event of the menu slide, takes care of the three possible situations (see Analysis above). Both conditional decisions are mutually exclusive because they are based on the value of the sum variable v_Buttons. 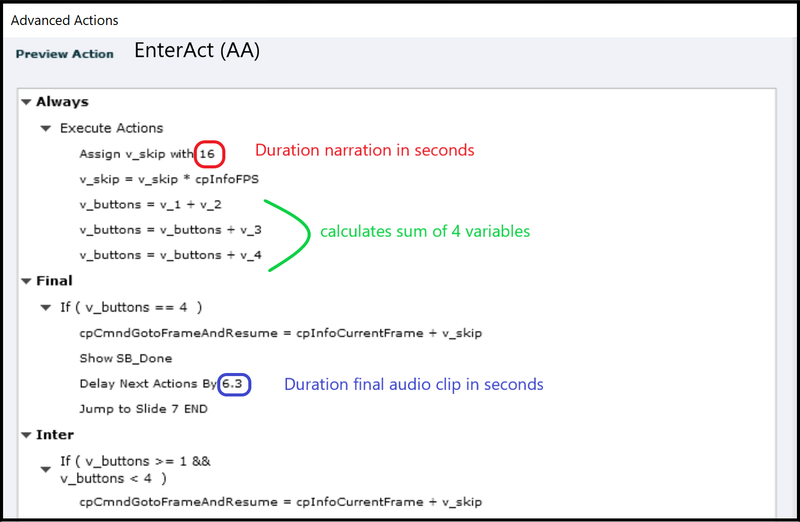 I could have used JS to calculate the value of v_buttons to avoid the sequence of the 3 Expression commands.

If you want to reuse this action for other projects, I would recommend to convert it in a shared action. Be careful with the two literals (duration of both audio clips). They can be tricky, and it may be better to replace them by variables getting their value in the Variables dialog box.

This screenshot shows all events and actions in the example project. 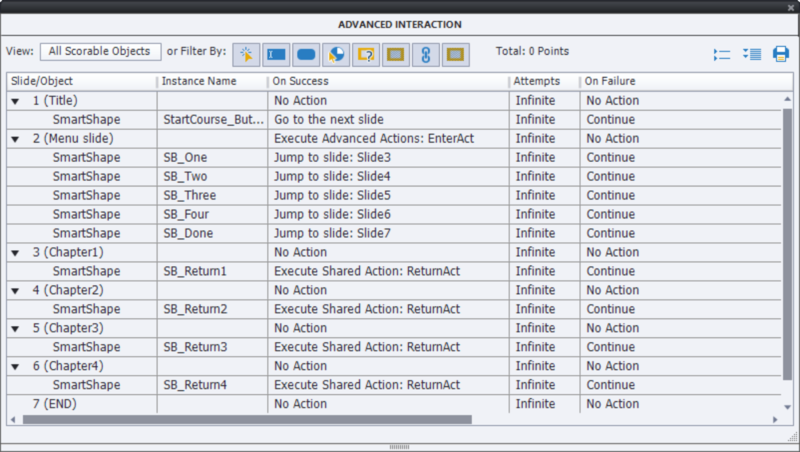