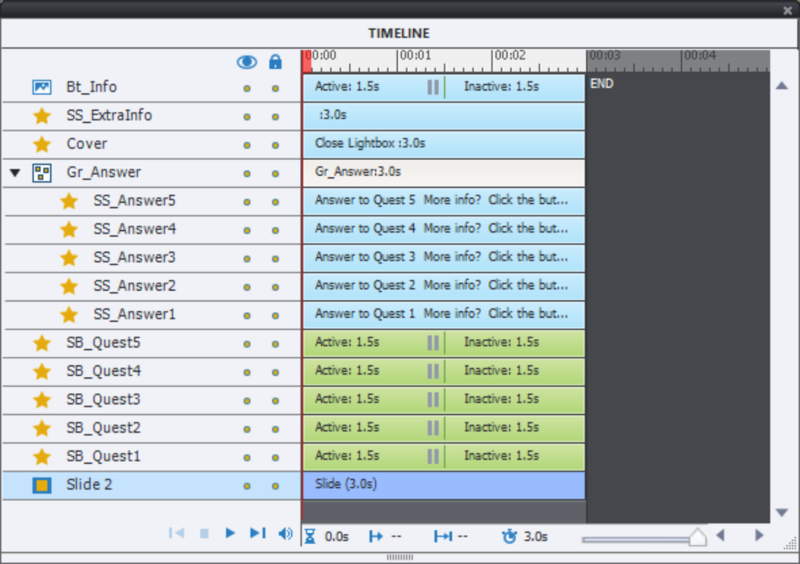 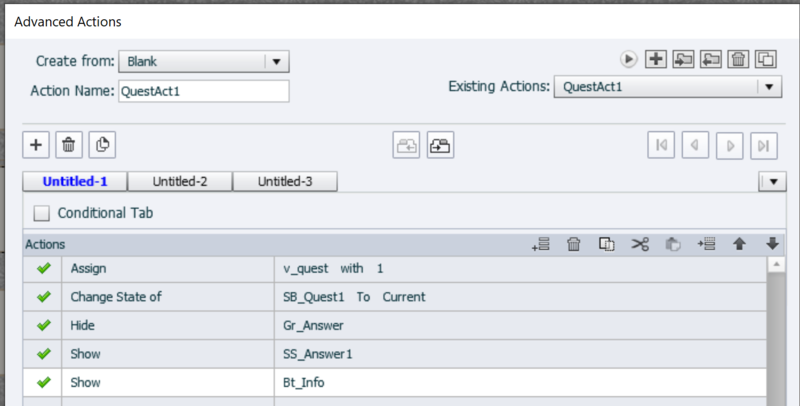 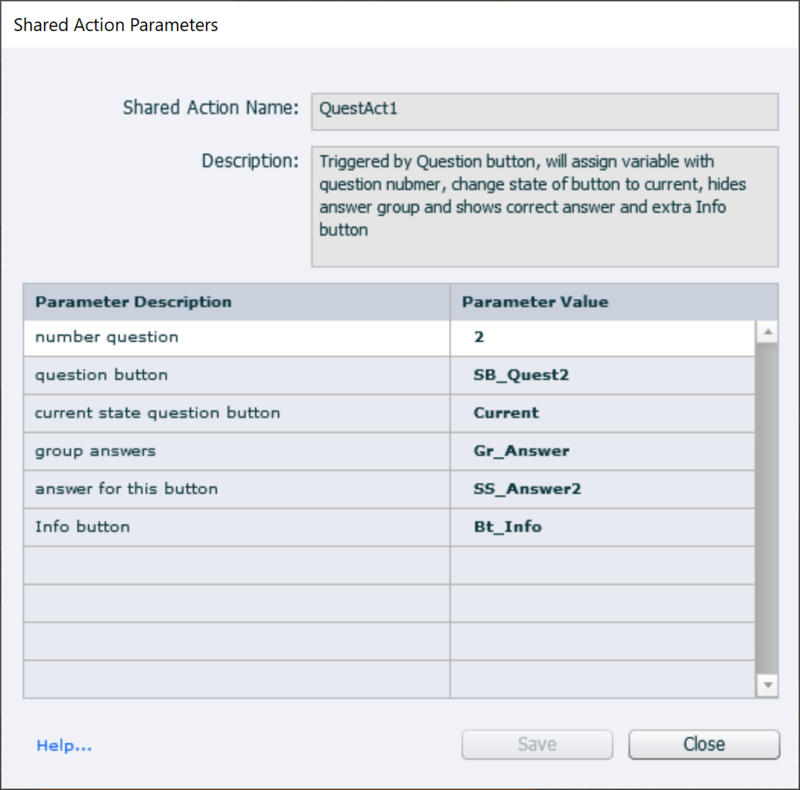 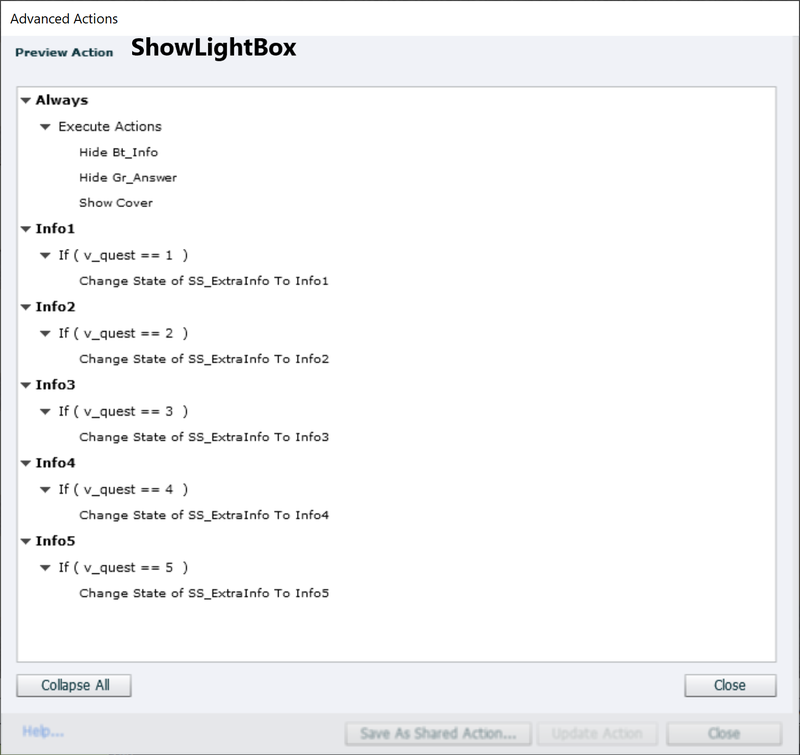 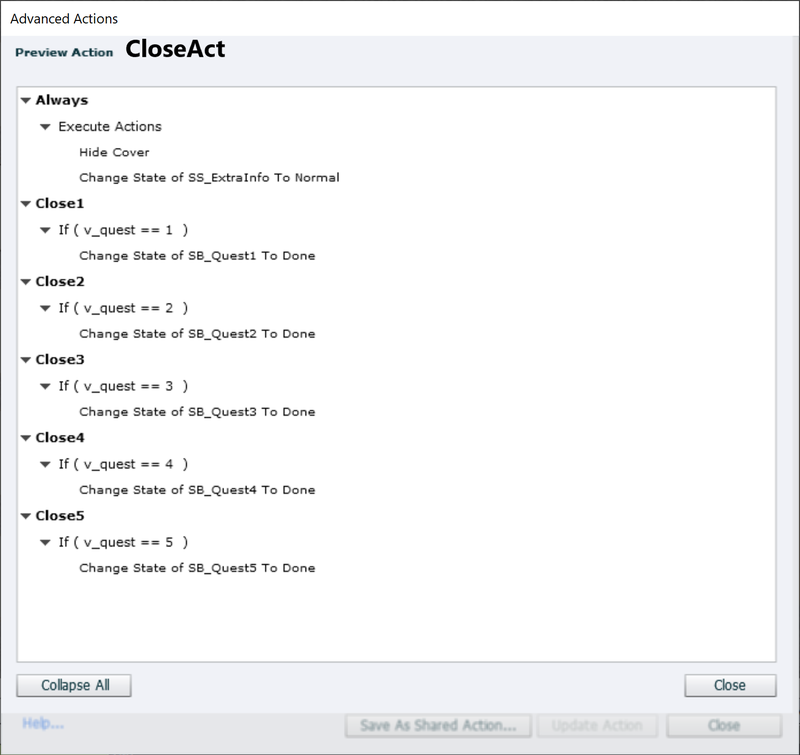 A week ago I published a first showcase, explaining how to replicate the hotspot workflow for VR projects on a 2D image. This second article about using hotspots for a 2D image is not duplicating as closely that same feature: instead of showing the popups for a duration defined by the developer, this workflow will offer a close button for the popups. The learner decides when to close a popup and proceed (eventually) to the next hotspot. I also used a technique, often labeled as 'lightbox': to have the popup stand out of the rest of the content, it will have a semi-transparent cover in the background dimming the rest of the slide.

I used the same image (welcome screen) and content for the popups as i the first workflow. Only  some small color changes and changes in the location have been applied . Watch this 3-slide movie: after the title slide (doubles as poster image) you can test the new hotspot slide, and the last slide gives a short Step-by-step list if you want to use this slide in your project.

Try it out: quick workflow

You can download the project file from this link

If you do not need to have more than 6 hotspots, and you are happy with the resolution of the project (1024x627) and its Theme (Pink Icing), you can quickly use the hotspot slide using these steps:

A while ago I published a list with events able to trigger an action, whether it is a simple, advanced or shared action. Most commonly used events are the slide events, Success/Failure events for interactive objects, Question slide and Quiz events, D&D events. Both the hybrid rollover slidelet events (now deprecated because it is not supported for HTML output) and the Hyperlinks are 'outsiders' but can be very useful as I want to point out with this article (Closing popup or lightbox) and the next article (creating a dropdown list with Jump to actions, equivalent of the former 'Goto Slide' widget). 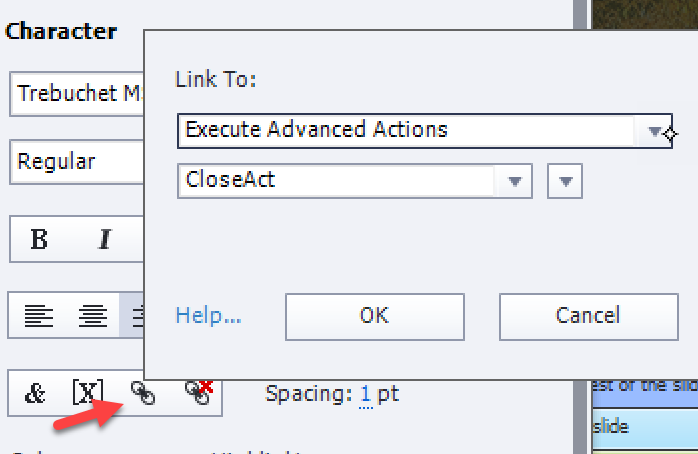 It is not possible to add interactive objects to a custom state: button, click box, shape button, Text Entry Box, all are greyed out. However it is possible to have a hyperlink within a text container, that will be active for all states of that container. This can be a welcome workaround. It is however not possible to have different actions for the hyperlinks in different states. Since the goal here was to close the popup, I created a shape as text container with 7 states as you can see in this screenshot: 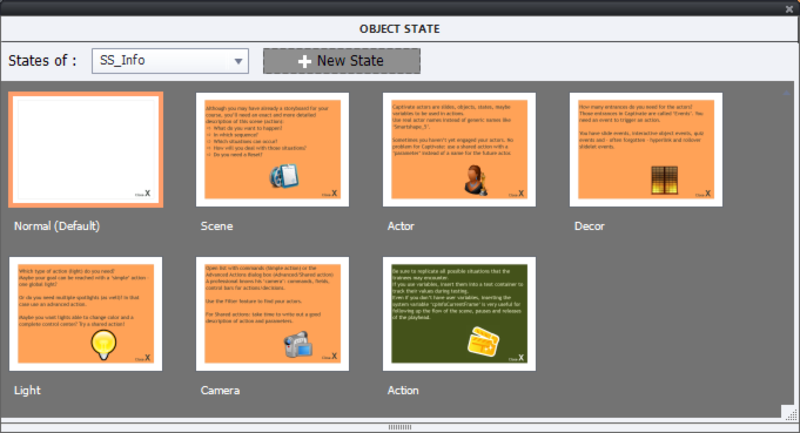 The commands for Hyperlinks look a little bit different than the dropdown list in the Actions tab. For hyperlinks commands 'Go to Next Slide', 'Go to Previous Slide' and 'Jump to Slide' are in one dialog box: 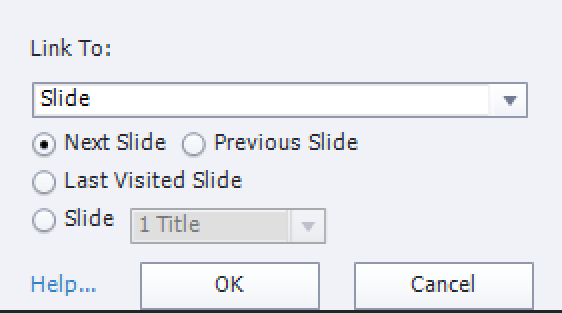 Look at the timeline of the second slide: all shape buttons (name starts with SB_) pause the slide at the same time, 15,5 secs. When triggering an action, the playhead should not be released, to allow clicking as many times as wanted, in any sequence on those shape buttons. The number of attempts is left at Infinite.

The only command to be triggered is to change the state from the default 'Normal' state to one of the custom states. The choice is yours:

Beware: there is NO option to prevent 'Continue Playing the Project' when you assign a command to a hyperlink. That means that you cannot use a simple action, but have to use a standard advanced in this case.It is again the action 'Change state...to Normal.'

Another difference for hyperlink events: the command Excecute Shared Action is missing. That is too bad, because if it had been available, one shared action would have been able to achieve both showing popup (with the 6 shape buttons) and close the popup (with the Hyperlink).

Hyperlink makes it possible to have an action in a state for an object, although it has to be the same action for each state of the object. You learned about the differences between hyperlink events and other events to trigger an action: