Interactive video is one of the new features in CP2019 (version 11). Over 10 years ago I did choose for Captivate because it had a lot of possibilities for interactivity in any cptx-project, Some users do think that 'interactive video' is the way to go, but to me it is a nice addition especially to make existing passive video a little bit more engaging. To avoid confusion, because already did see a lot of theoretical posts here that talk about normal interactive projects, not about interactive videos, I will continue to point at published cptx- projects as ‘interactive movies’ to show the difference with less interactive 'interactive video'. A standalone interactive video can be nice. However I honestly believe that the combination of interactive video slides with static interactive  slides in a cptx project is more powerful. Later on I will try to show with use cases what I mean. These tips are for 'interactive video' only.

The first version of interactive video offers the possibility to insert:

In this blog post, I’ll offer some tips for using and enhancing the present functionality of interactive video. I posted an interactive video, as illustration in this article . Explanation of the tips is based on that example, I recommend to watch it if you didn't had time yet.

Interactive video supports two types of Overlay slides; Content overlay slides and Knowledge Check  overlay slides. Both types can have the same size as the project size, but I prefer to have a smaller size for the overlay slides, so that the video itself remains visible in the background (dimmed). That can be done by using a duplicate of the Blank slide, on which you insert a shape with a smaller size than the slide, as background for your content or questions. As with normal content master slides, you can create as many as you need.  Have a look at the 3 master slides used for the example video mentioned before:

The Quiz master slide which I used is a duplicate of the MCQ... master slide. It is necessary to use such a duplicate because you need all the embedded objects with their functionality. I used a rectangular shape as background, not transparent.
Beware: 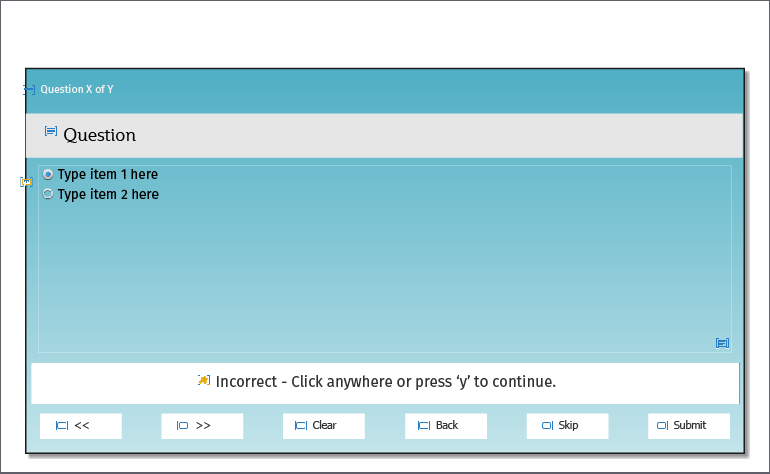 After insertion of 5 overlay content slides and one KC slide, the Filmstrip looks like this (watch the hierarchy symbolized by the smaller size of the overlay slides, and by the icons at the bottom). :

Tip 2:  No fixed duration but a Close button

To me Interactivity means to offer as much control as possible to the learner. Some need more time, some want to proceed quicker. That is why I don’t like the fixed duration for Overlay content slides - which is the default setting.  No problem for the Knowledge Check slides,  the Submit button (with a pausing point at 1,5secs) takes care of keeping the slide available as long as wanted. Same would be the case for a slide with a D&D interaction or when using an interactive learning interaction.

For the static content slides however you need to pause the slide. To achieve that with minimum effort,  I used a shape button on the two master slides OverlayTip and OverlayWarn.:Look at this screenshot, where the Close button is at the bottom left: 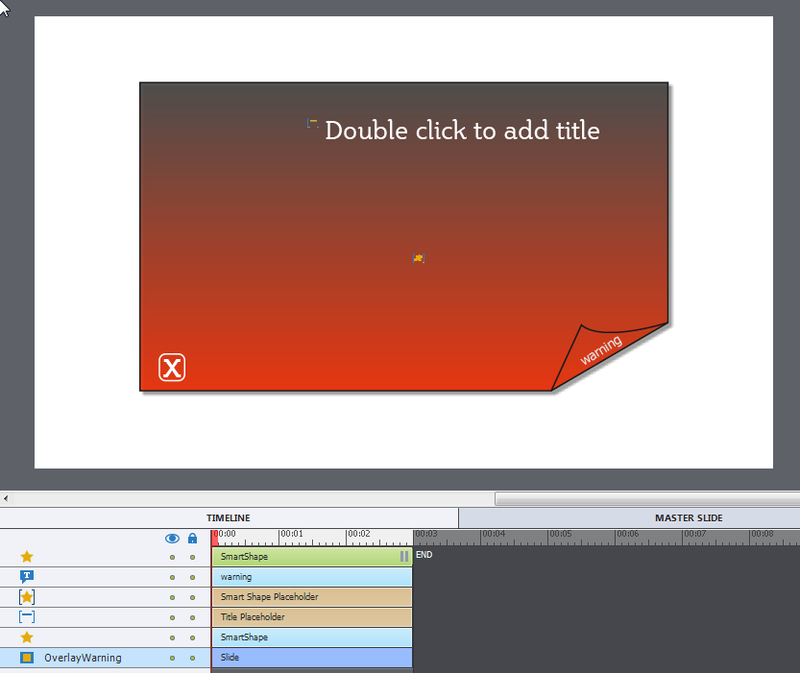 The action triggered by the Success event of that button is very simple: ‘Continue‘, to release the paused playhead. Since the pausing point is at the end of each overlay content slide, it will close immediately and the video continues.

That button is available for the full duration of the project, from the second (video) slide on. . I described the workflow in an older post, which dates from  CP2017: Interactive Video Buttons but is still valid for the present version. It is a simple click/reveal button, which pauses the video and has a close button. That close button takes care of hiding the information and releasing the video playhead.

With the Menu button the learner has a TOC to bookmarks available, to review only parts of the video. I described my workflow in this post.

The menu button has a custom state, which is used to close the menu (similar to the Pause/play button of the example video). It triggers this action: 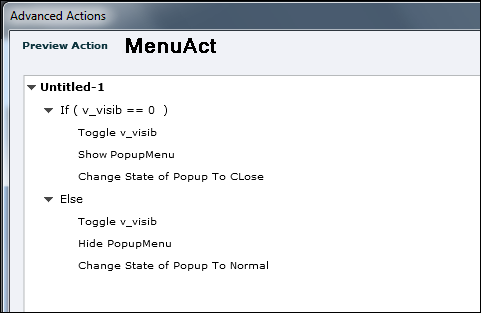 The menu items are hyperlinks triggering advanced actions, which jump to the wanted bookmark and close the menu. As mentioned in the past, for some weird reason the option 'Execute Shared Action' is not available for hyperlinks, or I would have used a Shared action instead of duplicate Advanced actions.