Drag&Drop slides are popular both as Knowledge Check slide and as scored Quiz slide. No problem to integrate the score in the quizzing system variables. However there are still features where the D&D slide is not behaving like the other quiz slides. Some examples:

For the problems concerning Try again, or multiple Failure messages I already offered a solution with a dynamic feedback message in a previous blog post. In this post I will try to explain a workflow for the Review issues.

The result of this workflow was visible in the sample project which I posted last week. There is a scored D&D slide as last question in  first part (Timeline).

I used the checkmarks used for the other quiz slides, imported them into the Library. You can find them in the Gallery folder Quiz\QuizReviewAssets. Their name can be seen in this screenshot of the Library: 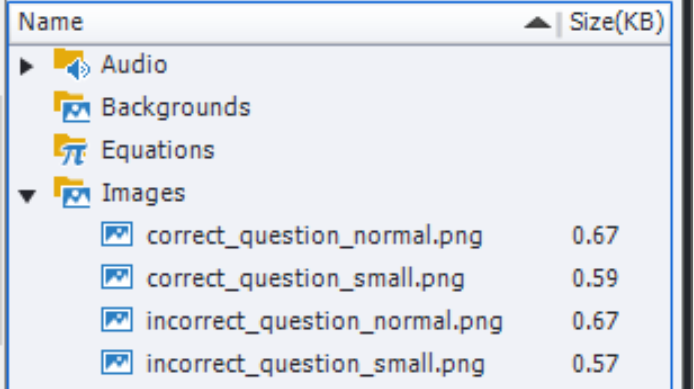 The small versions are used for the individual answer feedback, the normal versions for the global feedback Look at this example 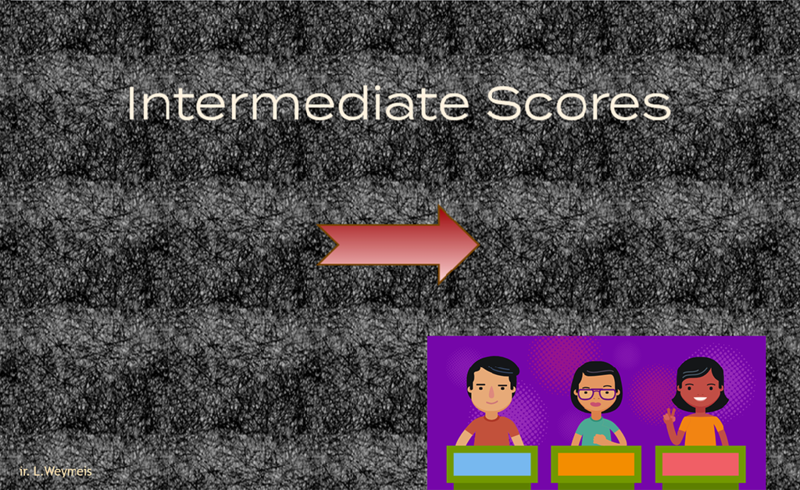 Those checkmarks were used for multistate objects, with an empty Normal state. They are already present in the correct location during the quiz but invisible due to that Normal state. Two more states show either the correct or the incorrect checkmark. This is an example of the Object State panel, for the answer about the Shape button.

The quiz buttons in this theme are of the type 'Transparent button' That is the case for all themes packaged with Captivate. Too bad: it is impossible to apply any Quiz style to an object  a non-quiz slide, even on the Drag&Drop slide. The new feature Copy/Paste appearance will not work neither between items from the Standard and the Quizzing category. You have to create a style for a Transparent button that looks identical to the style of the Quiz buttons. As you probably know, the button label is simply text ‘<<‘ and ‘>>’. They trigger the commands ‘Go to Previous Slide’ and ‘Go to Next Slide’. Similar to the quiz slides, those buttons will only appear during Review (see On Enter action).

Four Boolean variables were created, with a start value of 0:

v_DD: will be toggled to 1 if the D&D slide is correctly done.

v_EffectDD; will be toggled to 1 if the Effect color is correct

v_SButtonDD: will be toggled to 1 if the Shape button color was correct

v_ShapeDD: will be toggled to 1 if the Shape color is correct

The system variable cpInReviewMode was used as well.

Three events were used, all to trigger advanced actions: Success and Last Attempt event of the Drag&Drop slide (in that panel) and the On Enter event of the slide.

Why was it not possible to use the same Correct shared action in this case?  A D&D slide has no two-step Submit process, where the first step will keep the slide paused to allow the learner to read the feedback message.  It is possible to imitate that behavior, but I wanted to keep it simple, by keeping the slide paused for a couple of seconds before proceeding to the next slide. Second reason: for a correct answer need to toggle the variable  v_DD to 1. To achieve this, I used the shared action ‘CorrectAct’ as template to create this advanced action, which has two extra commands:

Similar to the previous action, I used the shared action WrongAct as template, to create this advanced action. I needed only to add the Delay command, since the user variable v_DD had already the value 0.

Now the most complicated action, with many decisions to check all the possible situations. The decisions are mutually exclusive, which is the safest way to get a correctly functioning multidecision action. Hope you can figure it out with this Preview: 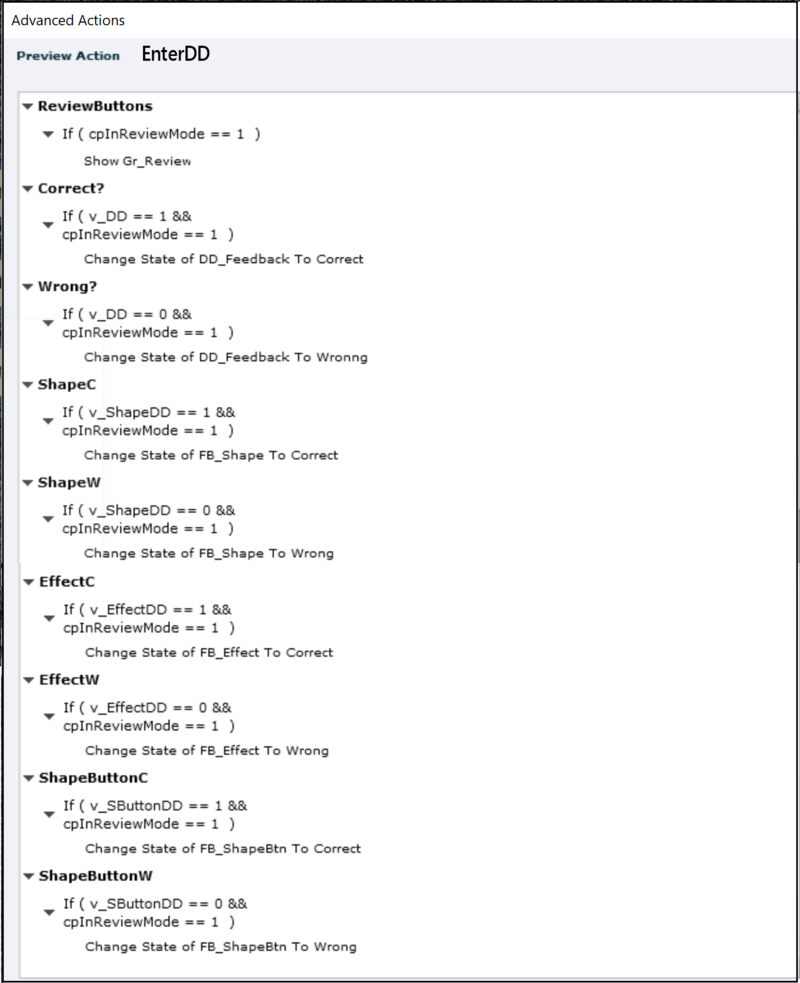