Recently a user posted a request on the Adobe forums, asking for a Multiple Choice question to be used as Knowledge Check, but with possibility of multiple combinations of answers to be correct. Here is the link:

MCQ with more than one correct answer

I used some slides from the QSP Alliance to create quickly this example project.  It has 3 MCQ slides which are using the same shared actions. For the answers I used placeholder text, so that you can recognize the 'correct' and 'wrong' answers. All questions have 6 possible answers but the workflow is not limited to that specific number of answers. The total number of correct and wrong answers is different on each slide, workflow is flexible enough to cope with those differences. Answer is considered to be correct when no wrong answers are selected and at least one correct answer is chosen. But multiple correct answers are allowed as well. It would be very easy to add scores to the MCQ slides. At this moment they are set up as Knowledge Check slides, with Infinite attempts. You cannot proceed to the next question before having posted a correct answer.

You can watch this project using this link for a scalable version, or the fixed resolution embedded version below:

Have a look at this Timeline screenshot of the most important objects on the MCQ slides: 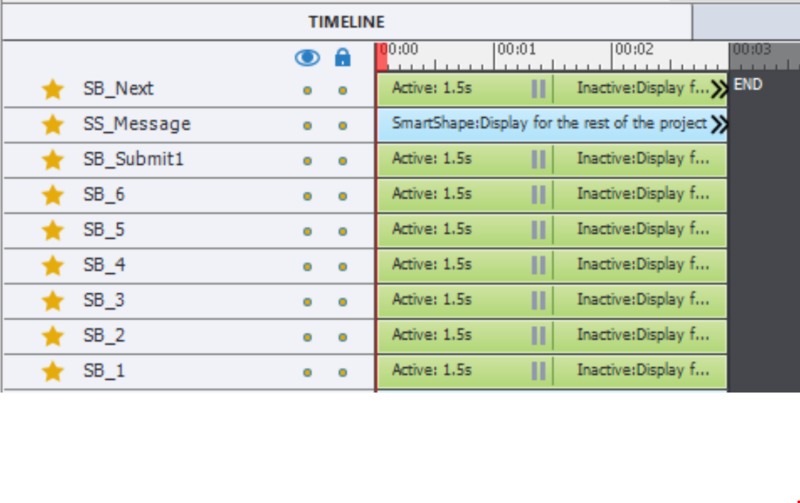 From bottom to top you see

The used events are:

This Reset advanced action is triggered On Enter for each MCQ slide, it is self-explanatory. I used an advanced action in this case, based on a shared action CreateVars, which I use all the time to create a bunch of variables. 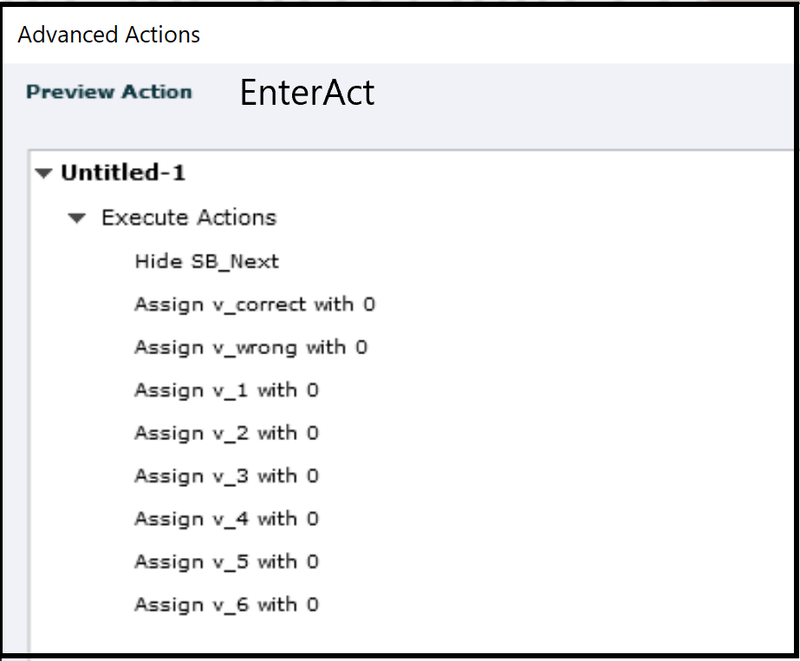 This shared action is triggered by the Success events of the answer shape buttons which have the correct answers. Only two parameters are needed: the button itself and its tracking variable. As you may have read in my Tips about Parameters using numbers in the names makes the assignment of the parameters a lot easier:

Similar to the previous action, using the same two parameters:

As you may know both shared actions appear in the project Library, easy to check with Usage if they have been assigned correctly:

Due to the change state needed for this button, there is an individual advanced action for each Submit button:

A very simple advanced action for the On Enter slide event of the last slide, to hide the Next button and the multistate Message shape, both were set till the end of the project. 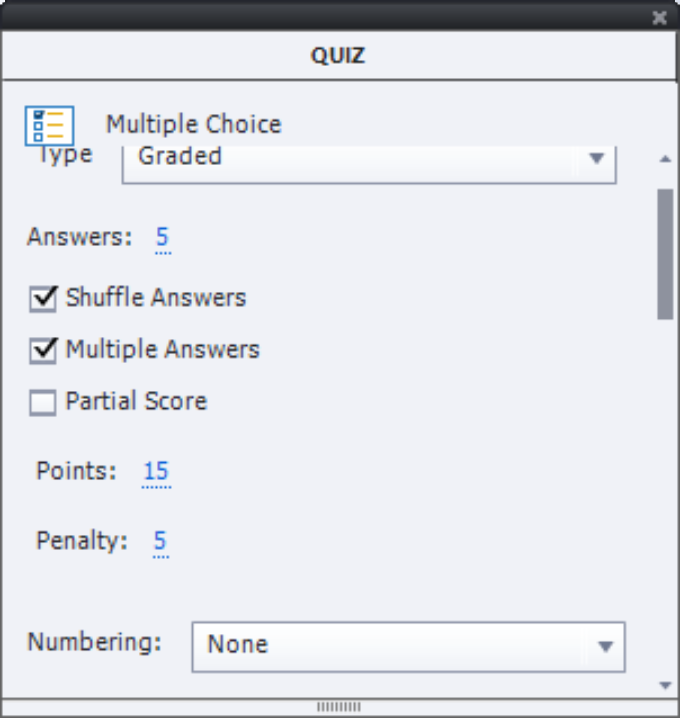 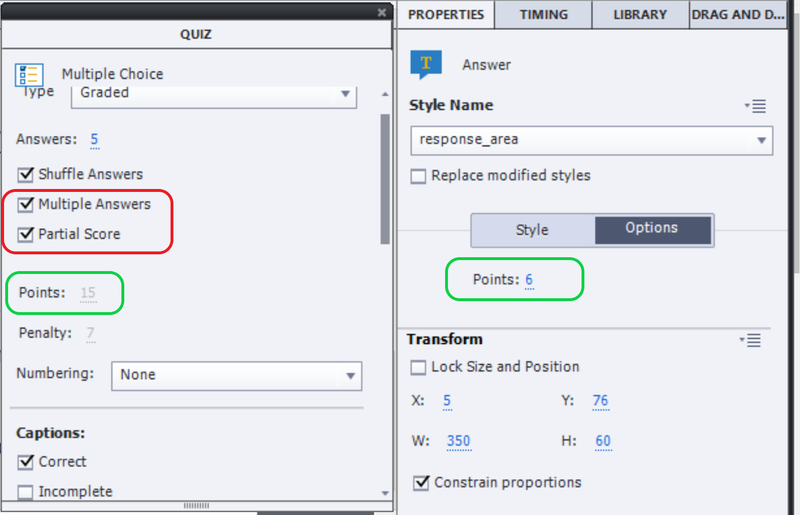 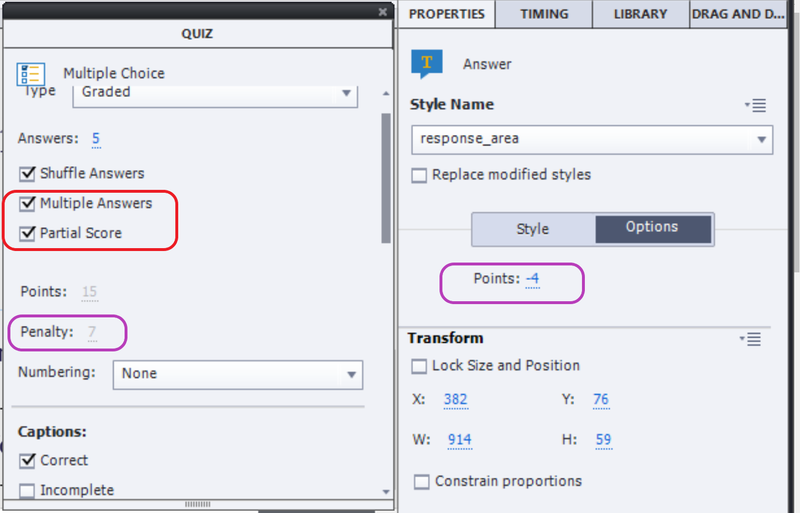 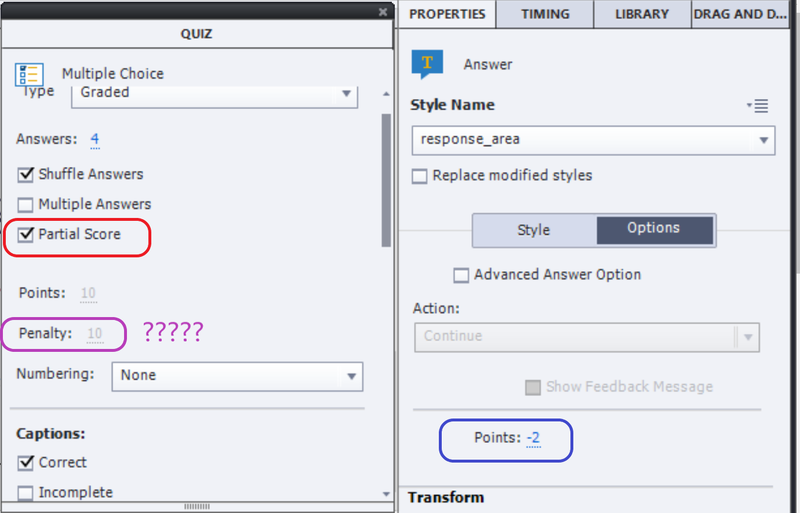