This is the fourth post in a sequence of 5. The first post introduced features of all timelines, the second is focused on the specific aspects of the Video Demo Timeline, the third on the aspects of the normal/responsive projects (cptx) both for master slides and normal slides. To understand this article - perhaps the most important - I recommend to  read at least the first and the third article as a preparation.

This topic is more suited for a live event: a real or a virtual training session. I expect a lot of questions, and those are easier to answer in a live event. I have presented several webinars for Adobe in the past (most about advanced and shared actions), but that practice seems to be discontinued since a while. If you want to participate in a meeting (Connect room), I'm prepared to organize it. Send me a note: either by mail (info@lilybiri.com), in the comments on this post, or use Twitter (my handle is @Lilybiri). In case of sufficient requests, I'll propose a date/hour (probably am PT, for users in USA) and will need an e-mail address for the invitations. As a bonus, will offer you some files.

Pausing the timeline means stopping the Playhead. However that can be done in in two ways, and they do not affect the items in the same way. Let me first explain what I mean by 'Pause' as opposed to 'Pausing Point'. You'll see that I compare them with two traffic signs: Pause with the red light, Pausing point with the Stop sign. But also in traffic, some 'items' do not respect those signs, legally or illegally.

This strict way of pausing can be achieved by one of these methods:

If you use a playbar, you'll see that the progress bar is stuck when Pause is encountered. To understand even better, I recommend to insert the system variable cpInfoCurrentFrame in a text container, displayed for the whole project (on top).

You can use the Play button on the playbar, or need the command Continue, which is available as simple action and in the dropdown list in advanced actions. 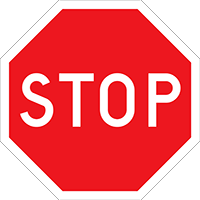 Pausing points exist on some special slides, or you can add them by inserting an interactive object for which Pause the slide is activated in the Timing Properties panel. In many cases the pausing point will be visible on the Timeline (see previous articles), but not always. Contrary to the absolute pause, here the timeline is 'waiting' for an action by the user. For that reason the STOP sign is a better metaphor than the red light. Here is an overview of the pausing points, which will be visible on the Timeline:

Bonus: You can download a (watermarked) pdf with this overview from PausingPoints.

It depends on the kind of pausing point:

The position of the playhead when pausing is important: objects for which the object timeline starts later than the pause will not appear until the playhead is released.

Same is the case for Effects which have a duration, a timeline: if the pause occurs while the effect is not finished, it will stall in the last position and continue only when the playhead is released.

Animations however are never paused, not even when you use the Pause command triggered by the On Enter event of a slide. They will always play.

Video clips inserted as Event video are totally independent: if they are playing when pausing, they'll continue to play. If a pause is occurring and the video is not yet started, the user will be able to use the Play button of the video control panel to watch the video. The only alternative way to pause event video is by using JavaScript (see Working with event videos). Video clips inserted as Multisynchronized video however will be paused by the Pause command and by a pausing point.

The situation is a lot more complicated for audio:

This blog post has become very long, for which I apologize. For that reason I will write out some use cases, to illustrate the just described theory in later posts. You're welcome to post some ideas as well. Here are some appetizers: