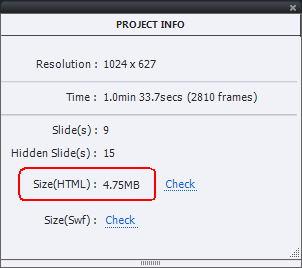 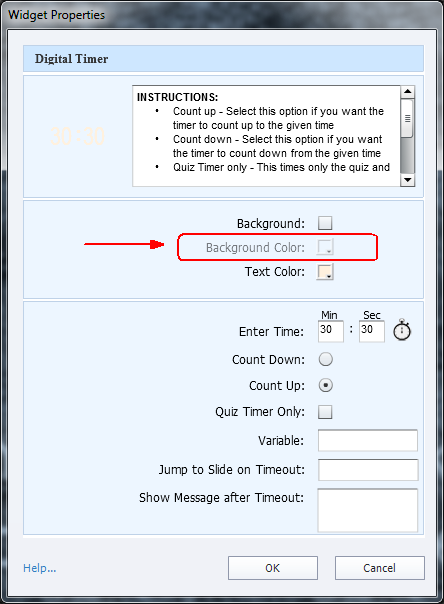 A question posted recently pushed me at creating this short post: “....a way to stop the main slide audio when a tab on the interaction is clicked”. I pointed to an older blog where you can find some tips for using learning interactions. It offers a table, tells about their limitations etc. I want to explain why there is no simple solution for this question at all. The audio referred to in the question was slide audio, the used Learning interaction was Tabs. What I explain is also valid for Accordion and Timeline. As I explained in the mentioned blog post, the term ‘Learning Interactions’ was introduced to distinguish the widgets compatible with HTML5 output from the older ‘widgets’ which were created for SWF output. Both have however the same extension ‘wdgt’ and are sometimes both indicated as widget. Terminology can be confusing

You know the common interactive objects: button, shape converted to button, Text Entry Box, click box. For those objects you’ll see the pausing point immediately on the slide timeline. Moreover the object timeline, when not selected will be green. Look at this screenshot, where I kept the original generic names to clarify the type of objects.

Learning Interactions are internally interactive but as objects in Captivate they also come in the two flavors: static and interactive. You can recognize them by the presence of the Actions tab, with the possibility of scoring and reporting. However the score in the game interactions are not linked with the game results (see article)

The question was about avoiding having slide audio still playing when the user clicks one of the buttons in the Tabs interaction. That interaction allows  to add audio to a button, which is object audio.  Only object audio allows simultaneously playing of multiple audio clips, either from object audio or, in this case, slide audio. Pausing the slide audio, when a button is clicked in the Interaction would need access to the source code of the widget, which is not available. I can only propose two possible solution to avoid hearing two audio clips at the same time.  I will only explain the first solution in this article. The second solution, with a custom interaction will be explained in a later article.

This is the easiest workflow. The learner would not be able to use the Interaction while the slide audio is playing. With a normal interactive object that would be easy: disable it for a certain time with and On Enter action for the slide and enable after a certain time corresponding with the audio length. However, even an Interactive Interaction cannot be disabled! You need a workaround.

Have a look at this screenshot of the Timeline, which illustrates the described steps:

The timelines from bottom to top:

Using shared actions, multistate objects, it is perfectly possible to recreate this interaction on a slide. At that moment you have full control over all objects. To avoid multiple audio clips playing at once, the easiest way is to use only audio started with ‘Play Audio’ command.  If you start a second audio with that command, the first one will be stopped automatically. For this example: